There’s No Such Thing as a Bad Story 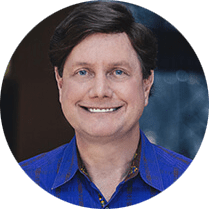 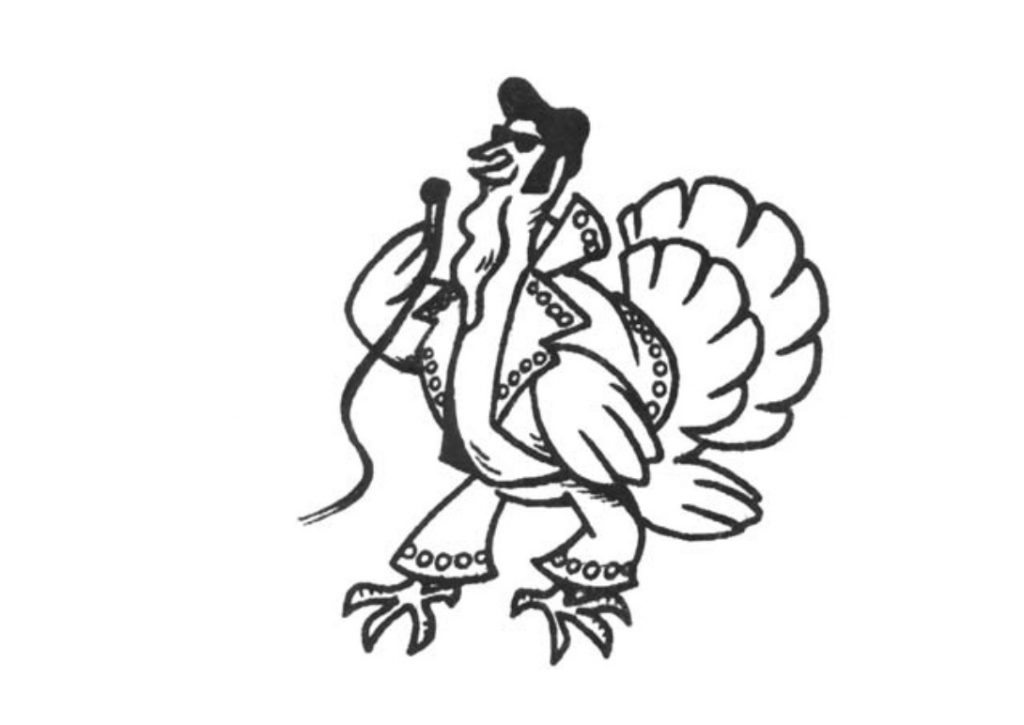 Someone in the news business once said: “There’s no such thing as a bad news story, only bad reporters.” But I’m here to tell you it’s a lie. There are plenty of bad news stories. People try to pitch them to us every day. And you know what? When you give a bad story to a bad reporter, it gets even worse.

So what is “news”? Well, it’s hard to sum up in one sentence. Even veteran journalists have trouble defining the word news. But any rookie reporter knows a great story when he sees one.

Great stories have one or more of the following qualities:

In short, news is just about anything that will hold someone’s interest.

In this first section, I’ll help you to begin thinking like a good reporter. You’ll see why some stories make the news and others get ignored. Soon you’ll be coming up with such great story ideas that not even bad reporters can pass them up, or mess them up.

THE GENESIS OF A STORY

It’s not clear who the world’s first reporter was. The journalist who wrote the story of Adam and Eve didn’t get a byline in the Bible. And no, a reporter wasn’t the snake in that story either.

But I assure you that reporters really haven’t changed all that much since the world began. We’re still just folks who can’t wait to tell someone, “You’re not going to believe this!” So for starters, you must begin thinking like us. Once you understand not only what we cover but why, you’ll be able to come up with the best stories this side of Eden.

The first thing you should know about the business of collecting and delivering news is that it’s based on supply and demand. On a busy day when the supply of news is plentiful, there may not be much demand for your story. But pitch the same story to us on a slow news day, and we are all over it.

Here’s a good example. It was the day after Thanksgiving, and I knew it would be tough to find a decent story. Government offices had shut down for the weekend and police departments were running with skeleton staff. In other words, all my usual sources were home having leftover turkey. My cop contacts, my courthouse connections, everyone . . . gone.

But of course the news goes on, regardless. It’s not like we can begin the five o’clock news with, “Sorry folks, nothing important happened, so instead we’ll run Gilligan’s Island.”

There I was, sitting at my desk wondering how I was going to pull a rabbit out of my reporters hat this time. I was just about to light a candle and pray to the news gods when the phone rang.

“Jeff, you don’t know me,” the caller said. “My name is Shaun Walker and I raise turkeys about thirty miles from Dallas. You know where Kemp is?”

Sure I knew where he was. But I couldn’t imagine where he was coming from. “Okay, Shaun. How can I help you?”

“Well Jeff, I don’t know if this is a news story or not, but I’ve got this one turkey that I just couldn’t slaughter.”

I practically dropped the phone I was so excited. “Now Shaun,” I said. “Listen carefully. You are not to touch a feather on that birds head. You’re thirty minutes from Dallas? I’ll be there in twenty!” After getting directions I raced out the door so fast you would have thought a plane had crashed.

So, there I was in my nice suit walking through a barnyard with Shaun. “Okay, where’s Elvis?” I asked.

“Right over there,” he said pointing proudly at one of his turkeys.

But as we got closer, all I could see was an ordinary looking turkey who was just lucky Shaun had a soft spot for The King. “Forgive me, but I’m just not seeing the resemblance.”

“Well, just wait a minute,” Shaun said. And then he carefully took that little piece of skin that hangs from the birds beak and he flipped it back up and over the turkeys head. “Now, don’t that look like an Elvis hairdo to you?” Shaun asked with a big smile.

I still wasn’t seeing it. “Shaun, are we talking about Elvis in the early years or the later years?”

He could see the doubt on my face. “Wait, Jeff,” he said. “You haven’t heard him sing!”

So Shaun grabbed both of Elvis’s wings and started dancing around the barnyard with him. The two performed a duet for me. Shaun was the lead. Elvis sang backup.

While Shaun and Elvis jumped around performing “Blue Suede Shoes,” the photographer and I could barely contain our laughter. It was perhaps the strangest story I’ve ever covered. And it was so memorable, not only did it air on our news in Dallas that night, but it was also picked up by a couple of the big all-news networks. Shaun and Elvis were seen worldwide.

As far as I know the barnyard pair have yet to sign any recording contracts, but if they gave out Grammy awards for free publicity, Shaun would have one locked up. He received more airtime around the globe that day than he could afford to buy in a lifetime.

I share the Elvis turkey story with you because it’s a great example of perfect timing. It came on a day when everyone was still thinking about Thanksgiving, and it happened to be one of the slowest news days of the year. Had he called on a busy day, Elvis the turkey would have continued to live in obscurity.

You see, when there’s a lot of news happening, “leave ’em laughing” stories like this go by the wayside. Hard news is just about always covered before soft news, especially when reporters and photographers are in short supply.

Another thing Shaun’s story had was impact. It met the “Who Cares?” standard by which we weigh just about every story we do.

In newsrooms everywhere the key question is, “Will people watch this?” If Shaun had called and said he ate turkey for Thanksgiving, who would have cared?

But the fact that he didn’t eat one turkey because it looked too much like Elvis makes it news. Who does it impact? Well, I guess you can make a case that the turkey itself was the only living creature directly impacted by Shaun’s fondness for The King.

However, indirectly the story had a big impact. Almost everyone who watched the news that night would agree that the Elvis turkey story was the most memorable thing in the newscast. So it had an impact on almost all our viewers.

Why was it so memorable? Because it was unusual. We don’t cover the ordinary. We cover the extraordinary. The old news slogan still applies today. Dog bites man. Who cares? Man bites dog? Lead story. So as you are shaping your story, think of some kind of twist. What can you change to make the ordinary, extraordinary?

PR whiz Carolyn Alvey took a very ordinary event like a garage sale and made it so extraordinary that reporters were sold from the moment she called. Carolyn knew that garage sales happen every day in this country. They aren’t news. So Carolyn came up with a “Celebrity Garage Sale.”

She spent months contacting the stars asking for stuff they were about to throw out. Then she put out a press release welcoming the media to get a sneak peek at some of the items up for sale. It was just like any other garage sale, but because these were hand-me-downs from the rich and famous, this was news.

Reporters were lining up to take a look at a banged up Bob Hope golf club or an old softball from Michael Bolton.

I must admit, while covering the story I even bought one of Roger Staubach’s ties. I figured it was worth the twenty bucks just as a conversation piece alone.

And evidently a lot of viewers saw things the same way. The garage sale sold out in just a few hours, thanks to all the free publicity.

You see? You don’t have to build a better mousetrap. All you have to do is take an old mousetrap, say it once belonged to Hank Aaron and people will beat a path to your door.

NO BUTTS ABOUT IT

Krandel Lee Newton had the same thought process when he came up with a brilliant way to promote himself. Krandel is a talented artist. He’s the Michelangelo of street artists. For a few bucks he can create a sketch so realistic, you would swear it’s a photograph.

But truthfully, in the late ’80s Krandel was struggling to make a living, until one day he asked one of his customers to “turn the other cheek,” so to speak. He began sketching a woman with her back turned.

Well, Krandel took a few liberties with the chalk and a few pounds off her backside. And when he was finished, she was looking better in that tight-fitting pair of jeans than she had in years. In fact, she was so thrilled, she showed her friends. And they showed their friends. And Krandel’s been behind in his work ever since.

He was no longer just another street artist. He became “The Rearview Rembrandt,” “The Duke of Derrieres,” or as he likes to call himself, “The Original Butt Sketch Artist.” And you know what else? Suddenly Newton was news.

The simple twist on ordinary art made Krandel extraordinary. Since that day many years ago, he’s been featured on just about every national news program in the country.

The bottom line—if you want the media to cover your butt, do something different.

We’ve discussed timing and how to make your story unusual enough to get the media interested, but perhaps nothing gets reporters more fired up than controversy. It’s the difference between holding a tea party and The Boston Tea Party. If our forefathers had sat around sipping tea and complaining about the tea tax, it might not have even rated a mention in the local paper, but dumping tea in the harbor created a controversy that didn’t just make the news, it made history.

Now, no one is suggesting you throw a brick through the window of city hall to make the news. In fact stunts like that usually reflect poorly on the organization and overshadow the point the group set out to make. But if your story or event has opposition, it’s not a bad idea to let the media know.

Cat lover Bonnie Arnold sure had the right idea when she called me about a controversial new kind of kitten she was breeding.

“Jeff, have I got a story for you,” Bonnie said. “I’m breeding miniature kittens and, boy, is the fur flying in the cat world! The cats aren’t much bigger than a kitten even when full-grown. But a lot of cat breeders say it’s unnatural, untested, and unclear how healthy the offspring will be down the road.”

She could have pitched the story as a warm, fuzzy end-of-the newscast story about these cute little cats. But Bonnie knew that by selling the story to me as something that is con-troversial, it would become more of a hard news story and prob-ably play higher in the newscast. She even suggested names and phone numbers of people in the cat world who object to her breeding practices.

And it paid off. It was one of our top stories that day and, like the Elvis Turkey, went on to gain worldwide attention playing on the cable news channels. 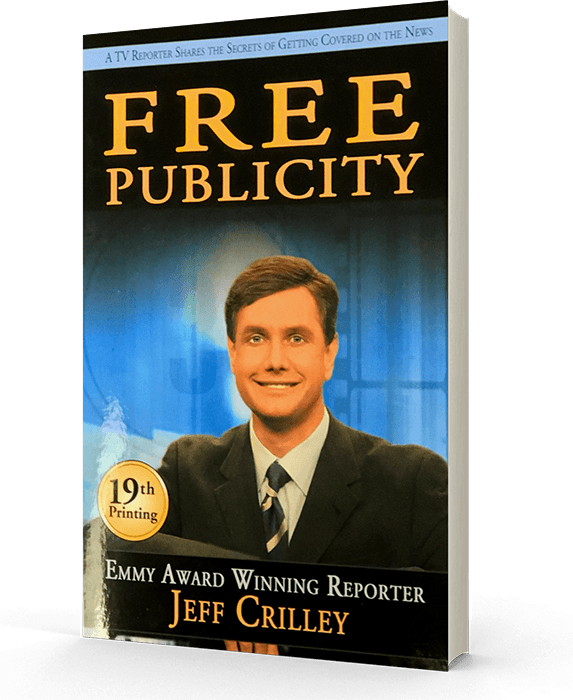