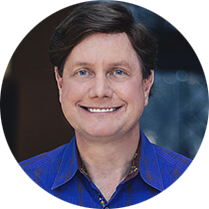 It was the day after Thanksgiving, and I knew it would be tough to find a decent story.

Government offices had shut down for the weekend and police departments were running with skeleton staffs.

In other words, all my usual sources were home having leftover turkey. My cop contacts, my courthouse connections, everyone . . . gone.

But of course the news goes on, regardless.

It’s not like we can begin the five o’clock news with, “Sorry folks, nothing important happened, so instead we’ll run Gilligan’s Island.”

There I was, sitting at my desk wondering how I was going to pull a rabbit out of my reporters hat this time. I was just about to light a candle and pray to the news gods when the phone rang.

“Jeff, you don’t know me,” the caller said. “My name is Shaun Walker and I raise turkeys about thirty miles from Dallas. You know where Kemp is?”

“Well Jeff, I don’t know if this is a news story or not, but I’ve got this one turkey that I just couldn’t slaughter.”

I practically dropped the phone I was so excited.

“Now Shaun,” I said. “Listen carefully. You are not to touch a feather on that bird’s head. You’re thirty minutes from Dallas? I’ll be there in twenty!”

After getting directions I raced out the door so fast you would have thought a plane had crashed.

So, there I was in my nice suit walking through a barn-yard with Shaun.

“Okay, where’s Elvis?” I asked.
“Right over there,” he said pointing proudly at one of his turkeys.

But as we got closer, all I could see was an ordinary-looking turkey who was just lucky Shaun had a soft spot for The King.

“Forgive me, but I’m just not seeing the resemblance.”
“Well, just wait a minute,” Shaun said.

And then he carefully took that little piece of skin that hangs from the birds beak and he flipped it back up and over the turkeys head.

“Now, don’t that look like an Elvis hairdo to you?” Shaun asked with a big smile.

I still wasn’t seeing it.

“Shaun, are we talking about Elvis in the early years or the later years?”

He could see the doubt on my face.

So Shaun grabbed both of Elvis’s wings and started dancing around the barnyard with him.

The two performed a duet for me.

While Shaun and Elvis jumped around performing “Blue Suede Shoes,” the photographer and I could barely contain our laughter.

It was perhaps the strangest story I’ve ever covered. And it was so memorable, not only did it air on our news in Dallas that night, but it was also picked up by a couple of the big all-news networks.

Shaun and Elvis were seen WORLDWIDE.

As far as I know the barnyard pair have yet to sign any recording contracts, but if they gave out Grammy awards for free publicity, Shaun would have one locked up.

He received more airtime around the globe that day than he could afford to buy in a lifetime.

The moral of this story?

Make your own Elvis Turkey story, and the media will gobble it up.